How can we increase access finance to service providers such as auto rickshaw drivers? Under the theme of microfinance, Durgesh talks about Inmotion – an initiative that disrupts traditional financial ecosystem for daily wage earning communities of India.

InMotion is a ‘fintech’ startup for the unorganized service providers of our cities that is revolutionizing their access to finance. Disrupting traditional financial eco-system for daily wage earning communities of India, InMotion has created a technology platform that enables people to save where they earn through a network of strategically-placed ‘Bachat Mitra Counters’. They are currently focusing on auto rickshaw drivers and they connect with over 6000 auto-rickshaw drivers through an exclusive network called the ‘Bachat Mitra Club’. 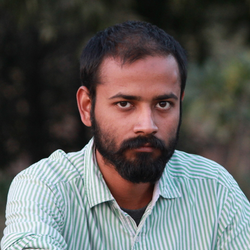 Durgesh is an entrepreneur and Founder of InMotion – an initiative that is building a financial ecosystem for daily wage earning communities, primarily focusing on auto rickshaw drivers. An engineer by training who believes in solving real world problems, he has been recognized by Indian and global organizations for his work. Before launching InMotion, Durgesh has sold books, burgers, merchandise and set up a physical ad network of auto rickshaws in 15 tier-ll and lll cities. He has also founded BootstrapWeekend.org to promote startup culture in small towns of the country. A true hustler at heart, Durgesh is on his journey to build a better world where equality thrives.