There are anywhere between 5-8 million homeless people in urban India. The majority of these are daily wage labourers unable to afford rental units in the slums. In partnership with a local NGO, mHS designed and constructed two modular shelters to accommodate about 150 persons per night. The project serves as a scalable model for providing sustainable, cost-effective housing to urban India’s most vulnerable population.

This project aimed to bring innovative design and building practices to temporary and permanent shelters in Delhi that would accommodate the homeless during all of Delhi’s radically different seasons. For mHS was also an attempt to advocate for a business model through use-charges to make the running of such shelters operationally sustainable.

The location provided by the Municipality of Delhi allocates the responsibility of shelter management amongst different non-government organizations. This location is wasteland on the banks of the River Yamuna opposite the main Inter State Bus Terminal (ISBT), a lone patch bordering heavy traffic of the outer Ring Road. The end clients—the homeless in India–are mostly migrants, able-bodied hardworking men with families back in rural villages. They usually work 8-12 hours for a daily wage, as construction labourers or rickshaw pullers.

The vision of the sponsoring organization, IGSSS, and mHS is for the shelters to serve as a model & demonstration site that will influence the design of other private and government shelters in Delhi and other parts of India.

Built with easily found & simple materials—bamboos, bricks, canvas—the design solution called for temporary shelters to serve during Delhi’s extreme weather. In winter, the temperature falls to 1-2 degrees Celsius in late December and January, and in May surpasses 45 degrees Celsius. The monsoon period lasts for over a month during July and August.

The interaction with the promoting organizations and interviews with end clients highlighted the problems and informed the modular shelter’s base concepts:
• Easy to build/transport/build
• Functional
• Modular/incremental
• Climate-responsive
• Eco-friendly materials
• Durable materials

The bamboo structure incorporates a double layer wall and a double roof. The air gap in between creates the insulation required. Additional material can be used to fill the gap to increase insulation capacity. The external and internal layers can be configured in different ways according to the seasons, ensuring that heat is retained during winters and released during summers. The height of the module ensures adequate air circulation and accommodates bunk beds to maximize user capacity. Other elements, such as a kitchen, medical facilities & toilets could be add-ons to the base/dorm modules. 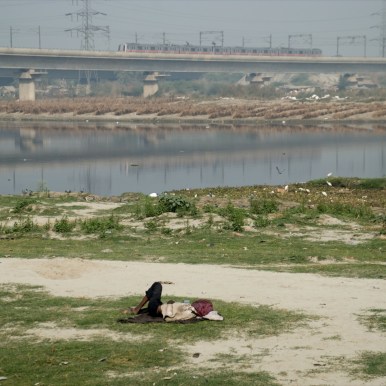 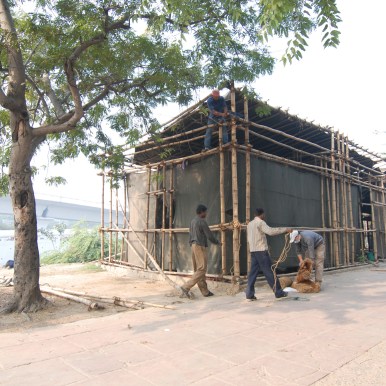 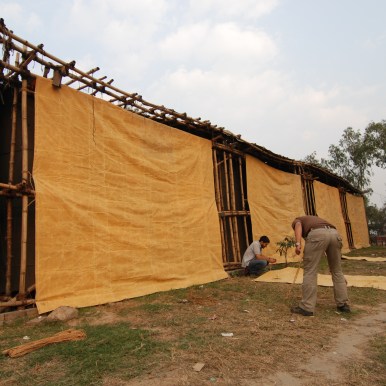 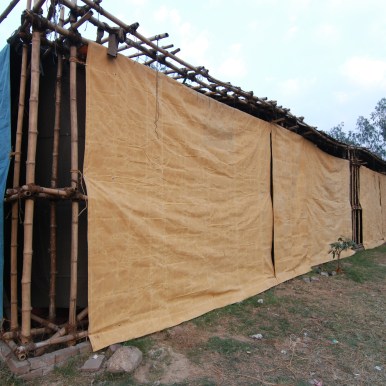 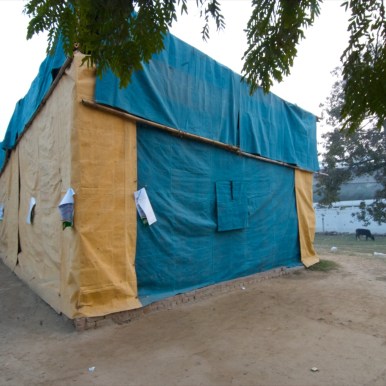 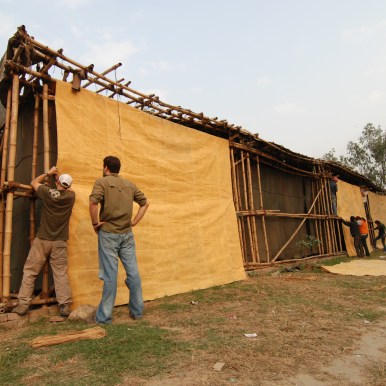